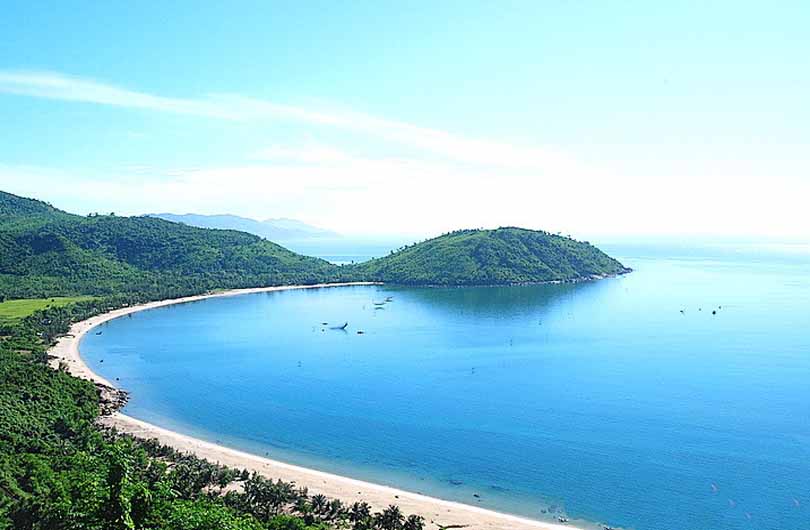 Take a stylish getaway from Hanoi to Ho Chi Minh and all the gems in between. Go beyond what guide books say with exclusive tours, delving into a country awash with culture and charm. Add luxury hotels and jaw-dropping landscapes into the mix for a Vietnam holiday like none other.

Welcome to Hanoi! Begin this upscale Vietnam tour in the bustling capital city of the country. Upon arrival at Hanoi’s Noi Bai Airport, an EXO guide will be present for a meet and greet, followed by a transfer to the city for check in.

After breakfast at the hotel, depart for the day’s insider tour of the capital city.

Embark on a walking/street food tour through Hanoi’s best culinary spots alongside a renowned food blogger. This local insider possesses an enormous passion for his country’s cuisine, resulting in a blog that has gained a large following both in Vietnam and internationally.

Join the specialist street food guide with private transport to the centre of Hanoi to begin the walking street food tour of Hanoi; a comfortable pair of walking shoes is recommended!

Stroll through Old Quarter beyond the old east gate to the Thanh Ha market. Encounter local delicacies and strange food items; an explanation of Vietnamese food practices will be given along the way.

Continue through the streets of the Old Quarter to Dong Xuan market to sample some local treats such as pho tiu and bun dau. Stroll up ‘food alley’ to see the plethora of other dishes on offer.

From here, visit the food sections of Hanoi’s main market, Dong Xuan, where dried goods and aromatics fill the senses.

Walk down to Hang Than Street to view ceremonial cake stalls and taste a special French influenced dessert. Continue back into the Old Quarter via Hang Cot Street where a range of exotic fruits can be sampled. Walk along Phung Hung Street through temporary market stalls where the changing market scene of Hanoi is ever present. At the end of the tour, stop at one of the Old Quarter’s busiest (yet smallest) coffee shops for a well-earned sit down and coffee before transferring back to the hotel.

This afternoon, continue to West Lake and visit one of the oldest Buddhist pagodas in Hanoi, Tran Quoc, and the nearby Taoist temple of Quan Thanh.

The rest of the day is open to relaxing and exploring Hanoi.

Just a couple hours’ drive outside of Hanoi and the tour heads deep into Vietnam’s picturesque countryside. Discover Hoa Lu, the ancient capital of Vietnam during the Dinh and Le dynasties, before taking a sampan trip down the Tam Coc River. Also called the ‘Halong Bay on Land,’ this region is famous for its charming grottoes and limestone karst mountains.

Depart from the hotel around 08:00 for the 2-hour drive through rural northern Vietnam. Stop off at Hoa Lu, where there are temples dedicated to Emperor Dinh Tien Hoang of the Dinh Dynasty (968-80) and Emperor Le Dai Hanh of the Le Dynasty (980-1009).

If time permits after visiting Hoa Lu, take a half-hour walk up one of the surrounding limestone karst hills; a difficult but highly rewarding climb with spectacular views. (A moderate level of physical fitness is required.)

Continue on for Tam Coc Town where a Vietnamese-style lunch will be waiting; there will be ample opportunity to stop for photographs of the villages and landscapes along the way.

After lunch, board a private sampan to either Thung Nang (visited in summer) or Trang An (visited in winter). As the boat gently slices through the water, notice the enormous limestone karsts jutting out from the green rice fields giving rise to its name the ‘Halong on Land.’

For those feeling adventurous, climb up to the 15th century Bich Dong Pagoda on nearby Ngu Nhac Mountain, comprising three structures: Ha, Trung, and Thuong Pagodas (in ascending order.)

After breakfast, depart Ninh Binh for an overnight boat trip on Halong Bay. En route, journey through the rich farmlands and observe everyday life of Vietnamese villagers as they work the rice fields, take pigs to the market on bicycles, and plough the fields with water buffaloes. Arrive in Halong City in the late morning and board the traditional wooden junk for an overnight journey into the Bay. Lunch is served on board.

Towards the end of the day, set anchor for the night. As the sun sets over the bay, dinner is served on board with fresh seafood, salads, and fruits.

Overnight on board in Halong Bay.

Upon return to Halong City, enjoy a wholesome brunch as the boat weaves through strange-shaped limestone rock formations. Upon disembarkation, the driver will be waiting for a transfer to Hai Phong Airport for the flight to Danang. On arrival into Central Vietnam, there will be a welcome and 40-minute transfer to Hoi An.

Overnight at the Nam Hai Resort Hoi An

After breakfast at the Nam Hai, drive to the ancient port town of Hoi An. Despite the passing of 200 years and the ravages of weather and war, the centre of the ancient city remains wholly untouched. Enjoy a walking tour through town- the best way to see this UNESCO World Heritage site.

Have a brilliant lunch at one of Hoi An’s best restaurants, which serves original and creative cuisine that can only be described as Vietnam-Latin American-Japanese fusion. With a combination of refreshing flavours, beautiful presentations, and a relaxing atmosphere, this eatery has won the heart of many loyal and happy customers.

Leave Hoi An after lunch for Hue, the former imperial capital of Vietnam. Passing through Danang, visit its notable Cham Museum, before climbing over the ‘Pass of Ocean Clouds’. Arrive in Hue late in the afternoon and transfer to hotel.

Pick up from the hotel by cyclo and head to Dai Noi ‘Old City’ to Tinh Tam Lake, the former holiday spot for the Emperors. Continue by cyclo to the local Tay Loc Market, situated in the northwest part Dai Noi (rarely visited by tourists.)

From Tay Loc, transfer by vehicle to a beautiful pagoda which dates back to 1843. One of the most interesting aspects of the pagoda are the eunuch tombs from the former Royal Court.

If the itinerary falls on Thursday or Sunday, there is a chance to see Buddhist monks and nuns who gather together to pray and read aloud scriptures. This is a fascinating visit and highly recommended. Head next to Ho Quyen, an arena where duels between elephants and tigers were once fought for the entertainment of former Kings.

At the end of the morning, visit the recently restored An Dinh Palace where magnificent murals can be seen, as well as the stunning façade where oriental and European designs are integrated.

Enjoy lunch in Hue at one of the city’s most renowned restaurants, Ancient Hue.

In the afternoon pay a visit to the tomb of the former emperor Minh Mang which is located in a tranquil setting of gardens and ponds. Journey on to Khai Dinh’s Tomb, which is traditional Vietnamese in design with a European flare, making it entirely unique from the other tombs in Hue.

At the end of the afternoon head back to the hotel.

Enjoy dinner at one of Hue’s most beautiful garden houses known locally as ‘nha vuon’.  These houses are traditional, privately owned, and set in large, attractive formal gardens. Some have connections with the old Royal Imperial Court and the house’s traditional architecture has long been associated with the natural environment and the ancient belief of ‘feng-shui’.

After breakfast, head out to Hue Airport for the short morning flight to Ho Chi Minh City; pick up and transfer upon arrival.

Subject to arrival time, step off the beaten track and take a stroll into the oldest quarter of the city (a car will be available.) Explore Saigon’s well-kept secret, Antique Street (Le Cong Kieu), followed by a visit to the Beaux-Arts Museum, a superb neo-colonial building home to various modern arts.

Enjoy a local lunch before departing on a vespa tour!

There are many ways to explore the bustling city of Ho Chi Minh, however none are as exhilarating as on the back of a Vespa scooter! Scooting around Saigon, soak in the buzzing streets while spectating some of the biggest sites of the city.

Stop off at the monument of Thich Quang Duc, a Vietnamese Buddhist monk who burned himself to death on June 11, 1963 to protest against the persecution of Buddhists by South Vietnam’s Ngo Dinh Diem administration. Head onwards to the colourful Ho Thi Ky flower market before riding to the Funeral Home to get to know about Vietnamese funeral ceremonies & customs.

Roll through Chinatown to the Nhi Phu temple built in the end of 17th century by Chinese immigrants. Continue with a short walk through the nearby alley full of tailoring supplies, then heading back to Nhi Phu temple and District One via bike. On the way, stop at a Chinese Medicine shop for an explanation about “Thuốc Bắc – medicine from herbs” or ”Thuốc tàu – medicine from China.”

Leaving Chinatown, drive through the tunnel to District 2 for some entirely unique views of downtown Saigon.

The rest of the evening is free at leisure.

Overnight at the Park Hyatt.

The Cuu Long region, otherwise known as the Mekong Delta, is an unforgettable place to discover a whole different side of Vietnam: amazing waterways hiding amongst vibrant tropical fruit gardens, bustling floating markets boasting a cornucopia of items, and acres of emerald rice fields.

Depart from the hotel around 08:00 for a 2.5 hour visit to Cai Be. Board the private Victoria Boat, designed in the style of a traditional sampan. The boat’s petite size enables a unique discovery of smaller canals, rivers, and tributaries of this region.

Cruise the colourful floating markets of Cai Be and Cai Rang, pay a visit to the famous town of Sadec, enjoy a leisurely lunch on the boat, followed by a visit to the beautiful Thien Hau Pagoda. Continue onwards to the city of Can Tho and its iconic Cao Dai Temple. Cao Daism is a religion indigenous to South Vietnam; its colourful and unusual murals that adorn the temple’s interior are nothing short of brilliantly blinding.

Before sunset, enjoy a last stop at a splendid 19th century house where an unforgettable candlelit dinner will be served. After dinner, proceed for one hour to Can Tho where the sampan will be moored for the night.

Spend the night aboard the Victoria boat

Crossing the Mekong on the way to the Cai Rang Floating Market, take in traditional sights such as rice barges, wooden ship building yards and even fruit drying along the Mekong’s banks. After visiting the colorful floating market, return to Ho Chi Minh City by 16:00.

A private car and guide will be available until the final transfer to Tan Son Nhat Airport for departing international flights or domestic extensions.

Note: we only run private and customizable tours

One thought on “Vietnam Luxury Holiday in Style”