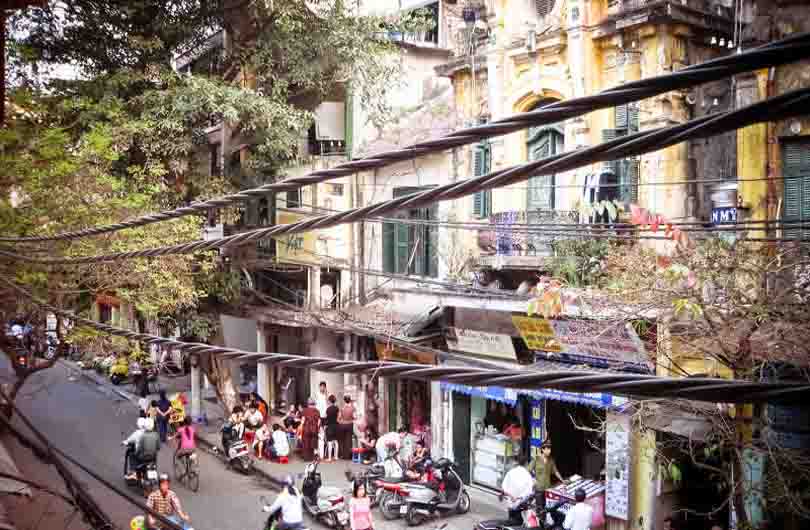 This insightful half day tour around Hanoi introduces oft forgotten military museums revealing Vietnams earlier and more recent military past. Providing another insight into the French and American ‘modern wars’ you will also visit the ‘Hanoi Hilton’ or Hoa Lo Prison and learn more about the architecture and military importance of the cantilivered Long Bien Bridge regarded in poetry and songs by the Vietnamese people.

After pick-up at you hotel, start your moving discovery at the Military History Museum, where photos and war vestiges will give you a first global approach of Vietnamese history through its conflicts. Discover Hanoi Flag tower and learn why it is one of the most respected symbols of the country.

Your next visit is Hoa Lo Prison, built and used by French rulers in Vietnam for political prisoners, and then by the government of North Vietnam for war prisoners. This building is also known by the name of “Hanoi Hilton” and “hosted” some American prisoners such as Senator John McCain, presidential candidate in year 2000, and Pete Peterson, United States’ first post-war ambassador to Vietnam in 1997.

Your itinerary takes you next to the B52 Victory Museum, displaying relics of B52 stratofortress, a plane that played a major role in the American war.

End your journey at the Long Bien bridge (originally named Doumer Bridge), built in 1902 by Sir Gustave Eiffel’s company. Take a walking tour of this fascinating structure to learn more on how this bridge helped shape Hanoi’s future and its role in war time.

Note: This tour is not offered on Mondays and Fridays, as Military History & B52 Victory museums are closed.