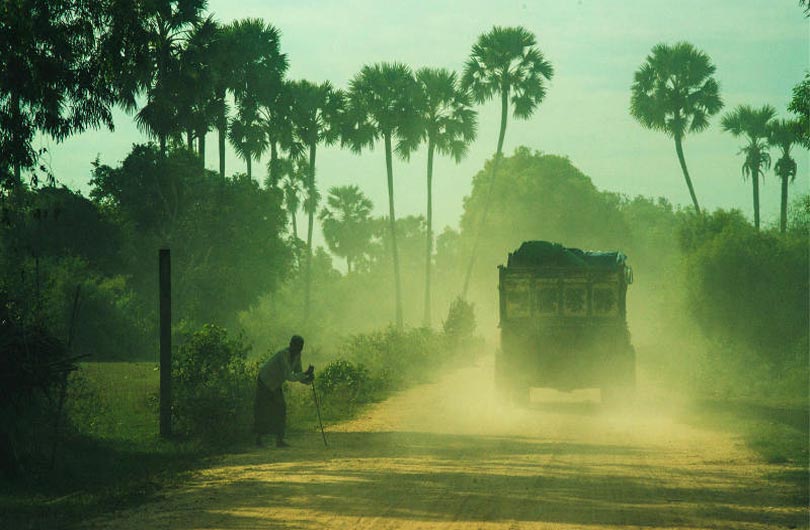 Venture beyond the tourist trail and uncover the true wonders of Angkor. Discover the iconic sites of the archaeological park and then step in to the countryside where hidden gems beckon to be explored. Between temple visits, explore local villages and experience Cambodia’s incredible culture.

Welcome to Siem Reap, Cambodia’s homebase for exploring the fabled temples of Angkor!

Upon arrival to Siem Reap, a guide and driver will be waiting to provide transport to the hotel for check in.

After dropping off belongings at the hotel, discover some secrets of the Angkor period on a guided tour of the Angkor National Museum. The interactive museum showcases artifacts from the Golden Era of the Khmer Empire by use of multimedia technology.

Later in the afternoon, enjoy a spectacular bird’s eye view of the ancient Angkor kingdom from above during a tethered helium balloon ride… 120m up in the air! See Angkor Wat, Phnom Bakheng, West Baray, and many other ruins sitting amongst the surrounding jungle and rice paddies glimmering in the evening light.

Dinner this evening will be held at Mahob Restaurant, a culinary hotspot that takes traditional Khmer cuisine to a new level. Using only locally produced ingredients, this beautiful restaurant serves up some of the best local delicacies that Siem Reap has to offer. Located in a traditional Khmer house in a peaceful cosy garden, Mahob provides a truly genuine Khmer welcome experience.

This morning after breakfast, pay a visit to the temples of the Roluos Group for a first glimpse of Angkor up close. Roluos is the site of an ancient center of Khmer civilization known as Hariharalaya, with temples dating as far back as the 8th century.

Visit Bakong, Lolei, and Preah Ko after riding through the surrounding countryside on an ox cart, a fun way to get in touch with rural Cambodia and its friendly people. In a contemporary Roluos Pagoda in the vicinity of the monuments, partake in a Buddhist blessing ceremony, wishing health and safe journeys – a very special experience!

After a midday break, explore the temples of the Small Circuit. The most illustrious of these is the 12th century Ta Prohm. This temple is unique in the fact that it has been left largely as it was found: overgrown by jungle trees and vines, with many parts crumbling to the ground. The visit will also include Banteay Kdei, a Buddhist monastery from the late 12th Century, and Srah Srang, also known as the “pool of ablutions.”

Wrap up the day with a visit to Pre Rup, a pyramidal temple surrounded by a sea of rice fields, sitting drenched in the late afternoon light.

After breakfast, head out to the beautiful Cambodian countryside to visit Beng Mealea, around 65 km from Siem Reap. Undiscovered for centuries, Beng Mealea has only recently been made accessible to visitors and remains entirely unrestored. It is one of the very few temples that actually give the opportunity to climb through it.

Take a break and enjoy a packed lunch at a local house close to Beng Mealea temple.

Continue with a boat trip on Tonlé Sap, Southeast Asia’s largest freshwater lake. Board a local boat and visit the village of Kampong Kleang, where few tourists venture. Embark on a boat ride through the village where fishermen and their families live in stilted houses among petrified mangrove forests and waterways. (Note: during the months Apr-Sep the water level may be too low for a visit by boat. However the village is still fascinating and can be visited by car.)

Spend the morning with a visit to the ancient city of Angkor Thom, the last capital of the Great Khmer Empire. This city is surrounded by an 8 m high wall, drawing a perfect square. Enter the city through the ancient South Gate, an impressive stone gate carved with elephants and four giant faces.

From here, continue to Bayon Temple. This 12th century masterpiece is a study in grandeur and is well-known for its 54 towers with enigmatic faces representing the 54 provinces of the Great Khmer Empire. Also of note are its Terrace of the Elephants and the Terrace of the Leper King- both known for their intricate bas-reliefs.

Lunch will be at the iconic Viroth’s restaurant, famously known as one of the best upscale restaurants in town. Boasting an extensive menu of Khmer and other Asian favourites and set in a chic, contemporary and mostly outdoor setting, this restaurant is definitely one to try whilst visiting the temples.

In the afternoon, visit the biggest religious temple in the world by ‘remork’ (similar to the Thai ‘tuk tuk’), the magnificent Angkor Wat Temple. Built during the reign of King Suryavarman II in the early 12th century, Angkor Wat was constructed to represent Mount Meru, the Hindu/Buddhist home of the gods. Inside the temple, the walls are covered with stone carvings, bas-reliefs, and over 2,000 Aspara dancers. Construction of this national icon is thought to have taken around thirty years of intensive labor to complete.

Before taking off in the afternoon, spend the morning exploring the “gem” of the Angkor area: the temple of Banteay Srei. Also known as the “Citadel of the Women,” this temple remains the best preserved in Cambodia, with fine examples of classical Khmer art and remarkable bas-reliefs.

Heading back to town, there will be a chance to stop at villages along the way to interact and chat with the local communities (with the help of the guide.) Learn how locals produce rice paper, palm wine, and palm sugar.

Return to Siem Reap where, depending on departure time, there may be some time for last minute shopping. Visit the local markets or Artisans d’Angkor, an organization established to support Cambodian arts and crafts, and to help young people find work in their local villages by continuing the practice of traditional arts.

Transport will be provided to the airport for departing flight.

Note: we only run private and customizable tours

One thought on “Angkor in Depth Tour”