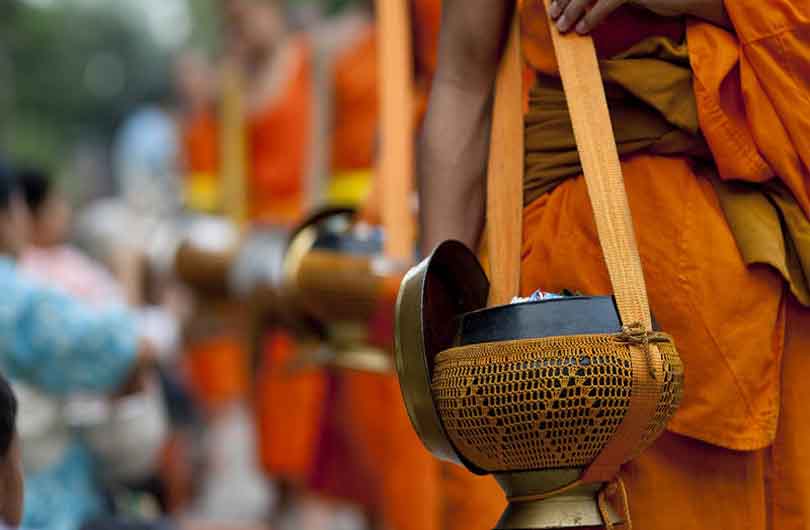 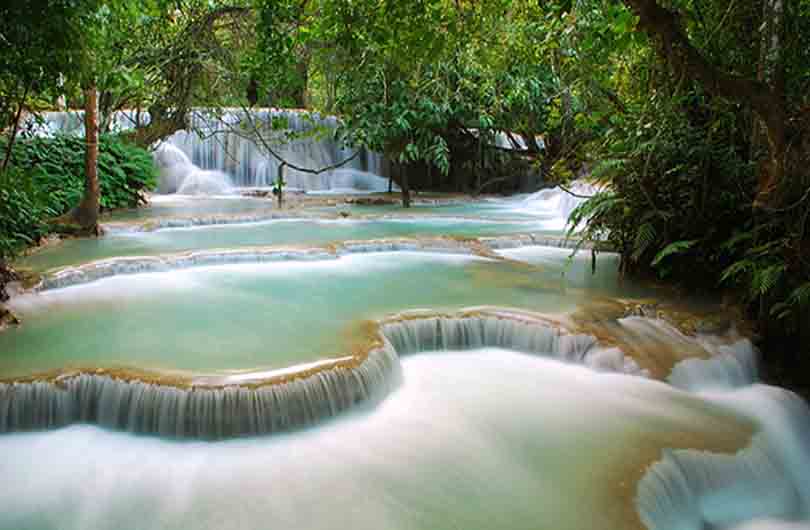 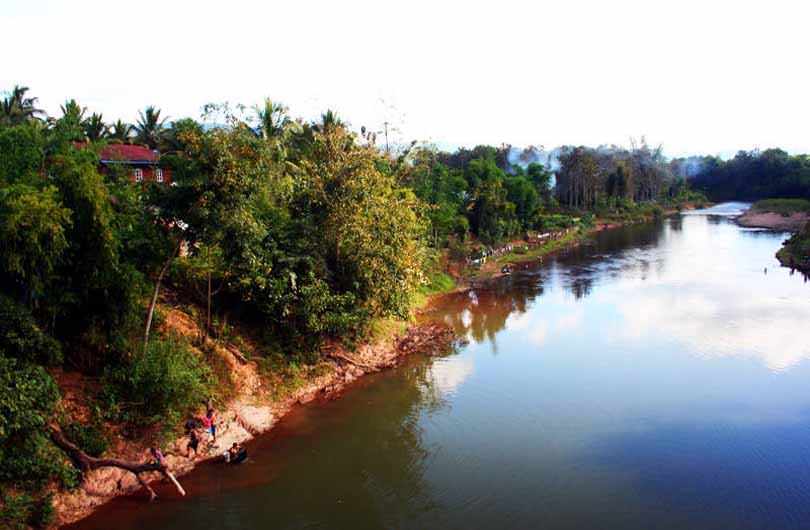 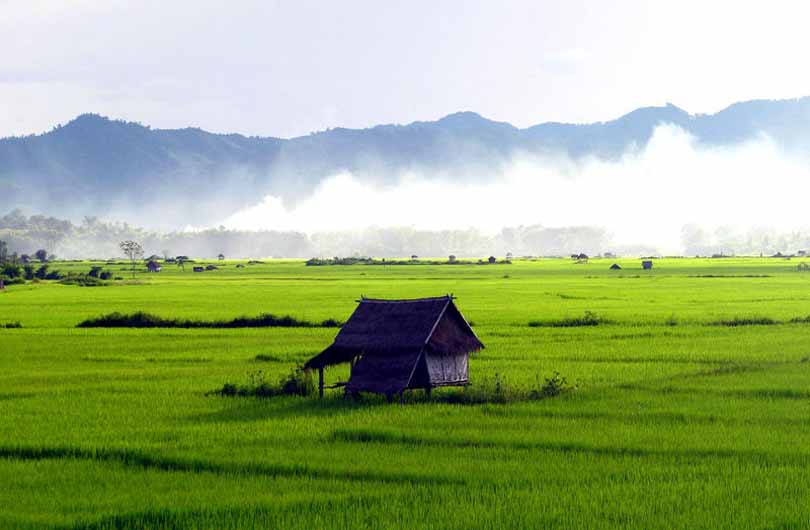 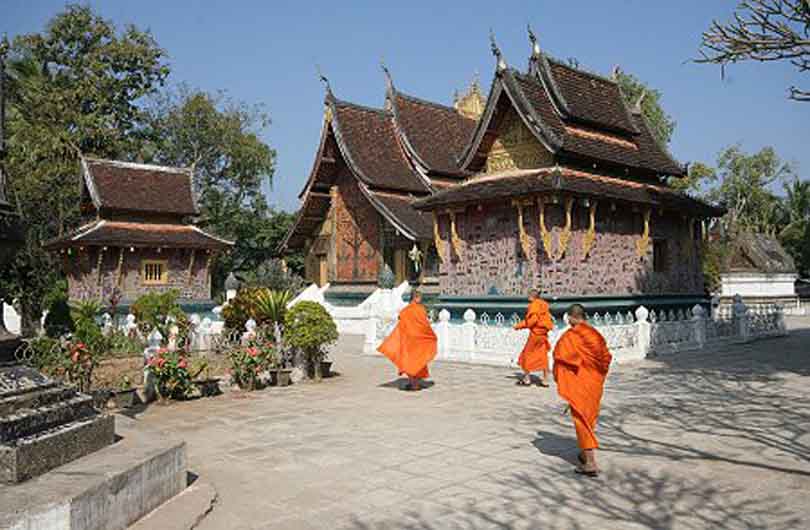 For a long time only a few travellers would adventure across the Mekong to Laos. In the last few years this has changed. Laos has become very popular among the more adventurous backpacker crowd and nature lovers. Cities that only a few years ago would see a handful of travellers a week now have hundreds a day sometimes. The major cities are now filled with carbon copy foreigner friendly restaurants and cafes similar to the ones in Thailand. It is still possible to see the less developed Laos by going slightly off the beaten track, but if you’re expecting a quiet ride down the river in a tube in Vang Vieng, be warned that it can be like a traffic jam of foreign tourists all pushing their tubes downstream whilst drinking lots of beer.

The official history of Laos as introduced in government textbooks, is conventionally traced to the establishment of the kingdom of Lan Xang by Fa Ngum in 1353. This is a relatively conservative date to begin the history of the nation, providing a contrast to the course taken by Thai historiography. By the 14th century, when this “official history” begins, the speakers of early Lao-related languages had probably developed a reasonable base of population among the prior inhabitants of (what is now) Laos over the prior century or two. Lan-Xang prospered until the 18th century, when the kingdom was divided into three principalities, which eventually came under Siamese suzerainty. In the 19th century, Luang Prabang was incorporated into the ‘Protectorate’ of French Indochina, and shortly thereafter, the Kingdom of Champasak and the territory of Vientiane were also added to the protectorate. It is generally assumed that, as late as the 16th century, King Photisarath helped establish Theravada Buddhism as the predominant religion of the country. However, this aspect of official history may now have to change given recent archaeological discoveries in Cambodia and Vietnam, showing intact Pali inscriptions as early as the 9th century.

Laos was dragged into the Vietnam War and the eastern parts of the country followed North-Vietnam and adopted North-Vietnam as brother country. Laos allowed North-Vietnam to use its land as supplying route for its war against the South Vietnam. In response, the United States initiated a bombing campaign against the North Vietnamese, supported regular and irregular anticommunist forces in Laos and supported a South Vietnamese invasion of Laos. The result of these actions were a series of coups d’état and, ultimately, the Laotian Civil War between the Royal Laotian government and the communist Pathet Lao. Laos was hit by an average of one B-52 bomb-load every eight minutes, 24 hours a day, between 1964 and 1973. US bombers dropped more ordnance on Laos in this period than was dropped during the whole of the Second World War.

In 1975, the communist Pathet Lao, along with Vietnam People’s Army and backed by the Soviet Union, overthrew the royalist Lao government, forcing King Savang Vatthana to abdicate on 2 December 1975. The new communist government led by Kaysone Phomvihane imposed centralized economic decision-making and incarcerated many members of the previous government and military in “re-education camps” which also included the Hmongs. While nominally independent, the communist government was for many years effectively little more than a puppet regime run from Vietnam. The government’s policies prompted about 10 percent of the Lao population to leave the country. Laos depended heavily on Soviet aid channeled through Vietnam up until the Soviet collapse in 1991. In the late 1980s the communist party began to give up centralised management of the economy but maintained a control of political power. 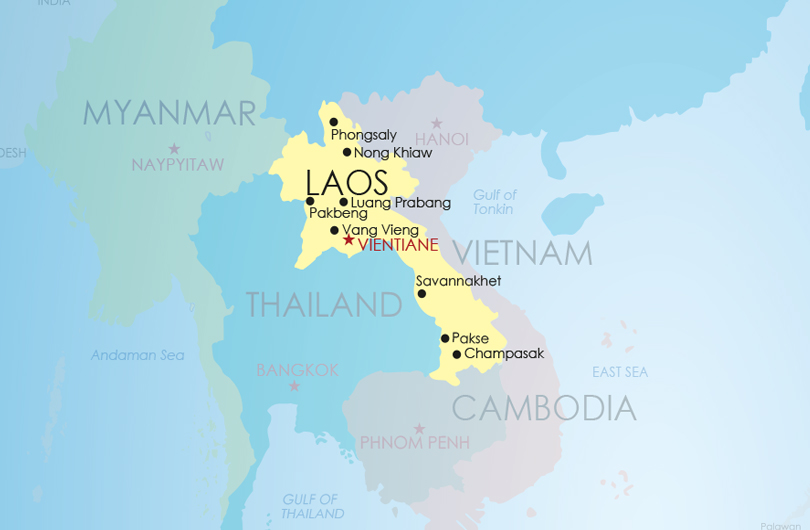 Laos shares international borders with China to the north, Vietnam to the east, Cambodia to the south, Thailand to the west, and Myanmar to the north-west. At the present time a tourist can cross legally with all countries except Myanmar. Laos is the only landlocked country in Southeast Asia, and it lies mostly between latitudes 14° and 23°N (a small area is south of 14°), and longitudes 100° and 108°E. Its thickly forested landscape consists mostly of rugged mountains, the highest of which is Phou Bia at 2,818 metres, with some plains and plateaus.

The Mekong River forms a large part of the western boundary with Thailand, whereas the mountains of the Annamite Range form most of the eastern border with Vietnam and the Luang Prabang Range the northwestern border with the Thai highlands. There are two plateaux, the Xiangkhoang in the north and the Bolaven Plateau at the southern end. The eastern border with Vietnam extends for 2,130 kilometers, mostly along the crest of the Annamite Chain, and serves as a physical barrier between the Chinese-influenced culture of Vietnam and the Indianized states of Laos and Thailand.

The topography of Laos is largely mountainous, with the Annamite Range in the northeast and east and the Luang Prabang Range in the northwest, among other ranges typically characterized by steep terrain. Elevations are typically above 500 meters with narrow river valleys and low agricultural potential. This mountainous landscape extends across most of the north of the country, except for the plain of Vientiane and the Plain of Jars in the Xiangkhoang Plateau.

The southern “panhandle” of the country contains large level areas in Savannakhét and Champasak provinces that are well suited for extensive paddy rice cultivation and livestock raising. Much of Khammouan Province and the eastern part of all the southern provinces are mountainous. Together, the alluvial plains and terraces of the Mekong and its tributaries cover only about 20% of the land area.

For someone looking for great adventures in the rustic wilderness, Laos is the country for them. There are several different outdoor activities that can be found across the country. Remember to think safety first because this is a remote area of the world without good medical care and people have been hurt and died in the past.

Trekking for the experienced or the beginner can be done throughout the country. Great areas to explore include Nam Ha

Protected Area and it is even possible to arrange trips that allow trekkers to stay with locals.

The enigmatic Plain of Jars in mountainous Xieng Khouang Province inspire awe and wonder. These large stone jars and sitting in an open plains with no current day purpose. Many think it was part of ancient rituals and customs long forgotten. Luckily these jars survived the Vietnam War and are now considered an UNESCO World Heritage site. A long and hard trip to get to them it is well worth it.

The Gibbon Experience is one of the most interesting eco-projects in all of Southeast Asia. A small group of gibbons, thought to be extinct in the area, were found and this nature preserve was built. The area needs lots of care and so do the gibbons in order to have a fighting chance of recovery. The project is part conservation and part local development. Tourists pay to stay in the hotel and take care of the gibbons while riding on zip lines to different parts of the preserve. Although not cheap it is a great experience and an amazing way to give back.

Other Sights and Activities

Luang Prabang is the old royal city and on the UNESCO World Heritage List. It home to a great night market, several nice temples and some nice museums. The way it rests on the Mekong inspires all.

Skihotabang Stupa is in the southern Savannakhet province and is quite amazing.

Temples can be found across the country and are amazing to explore.

Shopping for local handicrafts is a great way to spend time in the countless markets across the country. Remember it is illegal to bring icons of the Buddha out of the country.

4,000 Islands located in southern Lao is an amazing sight. The Mekong spreads out creating thousands of islands home to interesting cultures and fresh water dolphins.

When to go & Weather 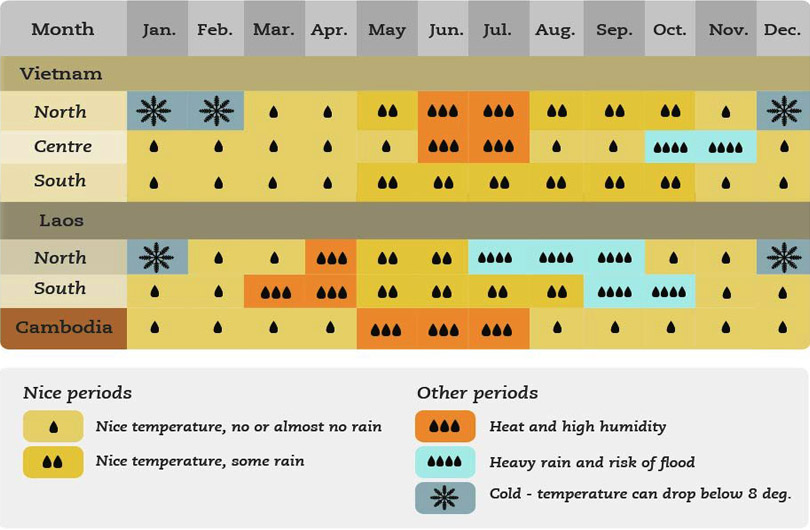 Laos has a hot and humid tropical climate. There are two seasons. The rainy season lasts from May until October while the much more pleasant dry season lasts from November until April. During the rainy season there is about 200 to 300 mm of rain a month and the high temperatures, averaging around 33 °C during the day and around 24 °C at night, makes this time the worst for a visit. The dry season is much more pleasant with days still close to 30 °C and nights a nice 15 °C to 18 °C. Daytime in the period of March until May can be very hot in large parts of the country, with temperatures regularly exceeding 40 °C. Mountainous areas, especially in the north, can get rather chilly during northern hemisphere winter, when northern winds blow from China. 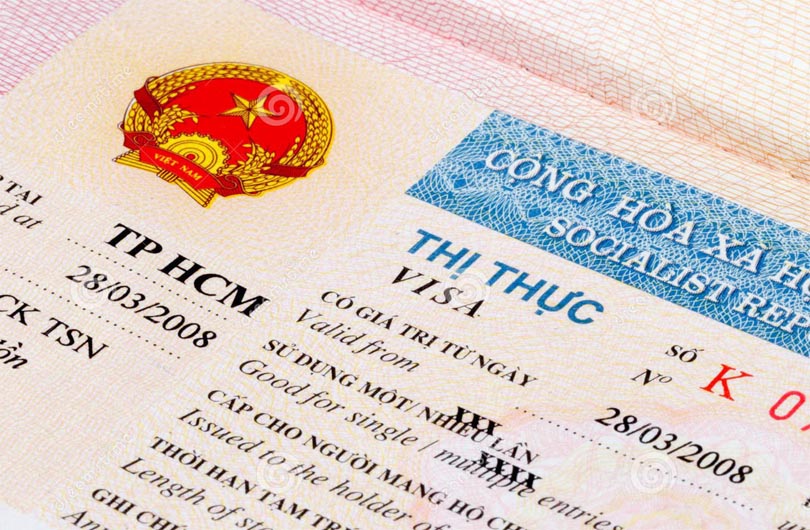 Russians, Korean, Japanese, Swiss and ASEAN nationals (including those from Indonesia, Malaysia, Singapore and the Philippines) can enter Laos “visa free”. All other visitors require a visa to enter Laos. Tourist visa permitting a stay of 30 days can be obtained in advance at Lao Embassies and Consulates. Visa fee varies depending on nationality.

If you are staying for 15 days or less, visa-on-arrival is available at most border checkpoints. It is very easy and hassle-free. Two passport-size photos (4 x 6 cm) are required and the fee is US$35 (for most countries) + US$1added as an administration fee. They usually give you change in USD unless otherwise specified. Visa-on-Arrival is available at the following border checkpoints. 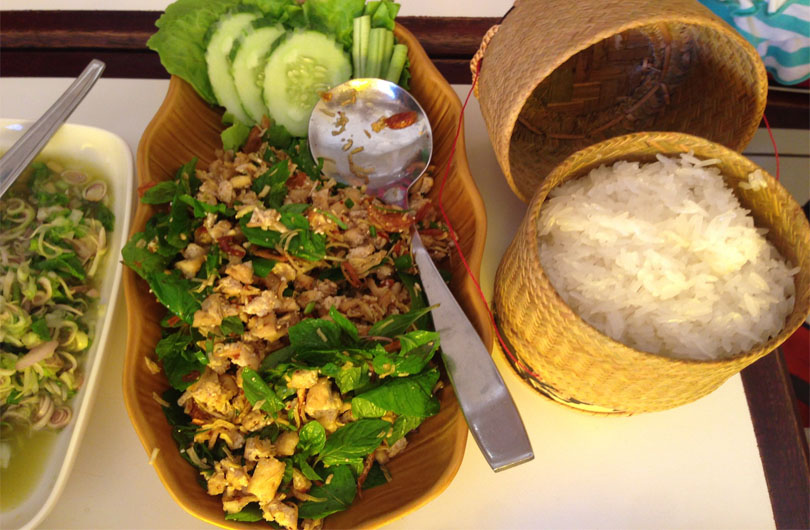 Lao food is very similar to that eaten in the northeastern Isaan region of Thailand: very spicy, more often bitter than sweet, and using lots of fresh herbs and vegetables served raw. Some of the raw vegetables can be used to cool your mouth when the chilis are overwhelming.

Rice is the staple carbohydrate. The standard kind is sticky rice (ເຂົ້າໜຽວkhao niaow), eaten by hand from small baskets called tip khao. Using your right hand, never your left, pinch off a bit, roll into a ball, dip and munch away.

The national dish is laap (ລາບ, also larb), a “salad” of minced meat mixed with herbs, spices, lime juice and, more often than not, blistering amounts of chilli. Unlike Thai larb, the Lao version can use raw meat (dip) instead of cooked meat (suk), and if prepared with seafood makes a tasty, if spicy, carpaccio.

Another Lao invention is tam maak hung (ຕໍາຫມາກຫຸ່ງ), the spicy green papaya salad known as som tam in Thailand, but which the Lao like to dress with fermented crab (ປູດອງ pudem) and a chunky, intense fish sauce called pa daek (ປາແດກ), resulting in a stronger flavour than the milder, sweeter Thai style. Other popular dishes include ping kai, spicy grilled chicken, and mok pa, fish steamed in a banana leaf.

Laos also boasts a range of local desserts. Kanom kok is a small, spherical pudding made from coconut milk, tapioca and ground rice. Sang kaya mayru is a pumpkin filled with a sweet custard and then steamed. The pumpkin itself is also sweet, and the resulting mixture can be quite delicious. Finally, sticky rice with mango or durian is also a popular snack.

In addition to purely Lao food, culinary imports from other countries are common. Khao jii pat-te, French baguettes stuffed with pâté, and foe (pho) noodles from China are both ubiquitous snacks particularly popular at breakfast. Note that foe can refer both to thin rice noodles (Vietnamese pho) as well as the wide flat noodles that would be called guay tiow in Thailand.